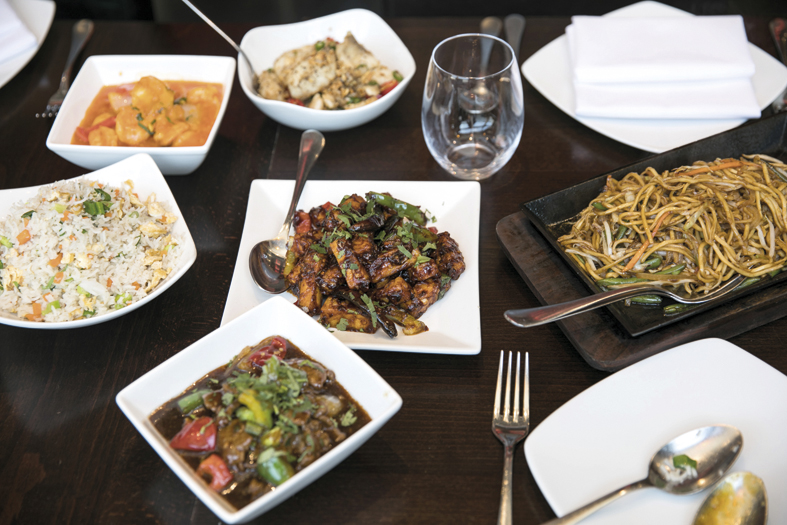 As the world reels from the effects of the novel coronavirus, every industry is suffering from an unprecedented loss of business and manpower. While most industries saw a gradual decline as different parts of the world went into lockdown, the food and restaurant industry began feeling the effects of the COVID-19 panic much earlier as misinformation spread far and wide about the transmission of the virus.

The first and subsequent cases of the virus were reported in Wuhan, the capital of Chinese province Hubei, before the disease spread across the world, declared by the WHO as a ‘pandemic’ on 11, March 2020. Dealing with the unknown is often a case of trial and error ; as such rumours, false information and misinformed facts began to spread like wildfire through social media.

Consumers began to fear that either virus is present in the food or that restaurant employees may have contracted the virus, with one of the most bizarre myths was that it spreads through Chinese food. Despite Chinese being one of the most popular cuisines in the world, Chinese restaurants and takeouts have taken a massive hit all around the world with everyone trying to avoid the cuisine.

According to recipe and culinary trends site Chef’s Pencil, data indicates that consumer’s appetite for Chinese cuisine – and later, Italian cuisine as Italy became the new epicentre of the virus outside of China – has plummeted, particularly in the Western world where the cuisine was once the most preferred. Data indicates that in countries like UK, Ireland  US, Canada, the outbreak has meant that interest in Chinese cuisine has dropped by 33% and Italian by 24%.

Despite assurances from experts at the European Food Safety Authority (EFSA) that COVID is a respiratory illness -like previous outbreaks of corona (SARS-Cov and MERS-Cov)- which spreads from person to person via respiratory droplets when people sneeze, cough or exhale, with EFSA’s chief scientist Marta Hugas stating that “there is no evidence to suggest that coronavirus spreads through food consumption,” fears and distrust of Chinese food continue to bloom.

Prior to the lockdown, and now extending into it, London’s Chinese restaurants have been bearing the brunt of the panic in the UK, with a reported 50 percent drop in trade. Similarly Chinatown restaurants and businesses in Cardiff, US and India – particularly across Mainland China branches in cities like Kolkata- have been feeling the slump in footfall as more people either stay indoors as recommended and avoid Chinese takeout, thus hampering cash flow. The issue however lies in the blurred lines between legitimate fears and racist assumptions.

The virus has spread globally to various countries including Italy, Iran, Spain etc but those avoiding these cuisines are minimal in comparison to the proportion of people turning away from Chinese restaurants. Despite there being no evidence that suggests consumers who eat Chinese food are at a greater risk of infection than anyone else. Yet, the anti-Asian narrative has continued to take on a life of its own with Asian communities in the US and the UK are facing name-calling and hate crimes.

President Trump’s labelling of COVID as the ‘Chinese virus’ was only the beginning where racist behaviour is concerned. In the UK, the owner of a Chinese takeaway in Denmead, Hampshire received vile hate mail referring to Chinese people “filthy rotten scumbags” accusing Chinese restaurant owners “of killing and eating our English dogs” before going on to place unjustified blame on the takeout restaurant and its employees as the one’s responsible for the spread of the virus.

This display of racism is one story among many others as several Chinese and other ethnic restaurant owners, many of whom have lived in the West for many years, face similar hate fuelled only by misinformed opinions and no facts. For example, a recent trending Twitter hashtag called #NoMeat_NoCoronaVirus, was based on the assumption that meat and seafood spread the disease.

The misinformed trend – particularly prevalent in India – appears to connect the consumption of fish, meat and poultry with questions like “ is chicken safe to consume during the COVID pandemic?” doing the rounds across the Internet.

A conclusion possibly drawn from the stories of the virus originating at a seafood market (wet market) Wuhan, this rumour led to a reported 15-20% drop in demand for non-vegetarian dishes at Noida-based fast food outlet in early March, despite there being no real evidence to support the conjecture connecting meat to COVID-19. In addition to this slump, the impact of the virus is predicted to be felt on online delivery services in India such as Zomato, Swiggy with business dropping by 10 percent if the nation-wide lockdown is extended.

But a bigger issue that Indian restaurants face is the fact that nearly 90 percent of food outlets in the country are operated on lease, with at least 20 per cent of restaurants located in public establishments like malls or commercial areas like high streets- on average 15-30 percent of these restaurants’ income goes towards rentals.

With a lockdown in place across many countries, it’s a given that many businesses are unable to pay rent. In the case of the Indian food sector, owners of restaurants are seeking waivers on lease rent and looking for alternatives to manage the cash flow- and pay their staff- but the predictions for the fate of their business are not very optimistic ; with the expectation being that if the crisis doesn’t improve in the next few months, only 5-6 restaurant chains in India are likely to have the cash reserves to survive on their own, without government help.

Restaurant owners are therefore turning to takeout and delivery services as an alternative means of sustenance. UK-based restaurant manager, Mo Gherras, “ We need to adapt to the situation, and maximum on the resources we have. For example, I have a pub, and now we do takeaways and deliveries which we didn’t do before.”

He adds, “ Restaurants can simplify and innovate their takeaway menus. Try to minimise staff- instead of 10 staff, have three. Be competitive, if your main course usually goes for  £10 then reduce the cost make it  £5. It’s less money but you’re likely to sell more because it’s cheaper.”

He presses on the importance of hygiene in restaurants and says, “ It’s not avoiding non-vegetarian meals that’s going to save lives, it’s washing your hands and staying clean. As long as restaurants are keeping good hygiene, no food is going to transmit the virus.”

Michelin-star chef Dominic Chapman who currently runs British pub/restaurant The Beehive, echoes a similar sentiment about cleanliness while talking about the impact of the virus and the subsequent lockdown on his pub/restaurant.

He says,” With no business coming through the door, we’ve been given a lifeline in the form of takeaway. We have rules in place to make sure no one comes in contact with each other and we’re keeping safe.” He adds, “ Takeaway is only 10 percent of a restaurant’s business but it’s cashflow and more importantly we are offering a hugely valued service to the public.”

Sharing his advice on what restaurants can do to change the tide on the losses they’ve faced, he says “ They need to keep positive, do their best, and do what they can to help the community where they can. People will remember that and when this is all over you’ll have a loyal base of supporters. ”

Expressing his opinion on the unnecessary racism, Dominic doesn’t mince words. He narrates a story “ A month ago I was in London and a friend of mine from Singapore who has a restaurant was getting verbally abused. In my humble opinion, people who are racist are stupid people who haven’t experienced the world, and don’t know what they are talking about!” Finally, Dominic says something that everyone seems to have forgotten while playing the blame game ; “ We are all in this together. The whole world has been affected and we need to come together.”

As both of these accomplished names in the food/drinks industry have reiterated, food is meant to make you smile and  meant to bring people together. The economic impact of the virus has already hit the food sector hard – misinformation that breeds fear and panic is only likely to make things worse than they are.

In the face of this unknown virus, queries related to food consumption are understandable – and answers can be found from accurate sources- however, the assurances of experts such as the European Food Safety Authority that COVID-19 doesn’t spread through food should be enough to put a stop to the upsetting racism faced by the Asian community.

If there’s anything to be careful about its personal hygiene ; so rather than focus on hating a community who have been victims of the virus as much as the rest of the world it would do everyone good to keep a balanced diet and reduce exposure by staying in.